A planet is at opposition when the Sun and the planet are located at opposite directions as viewed from the Earth. At that time, the planet is best suited for observation for these three reasons:

The following is a graphical representation of Mars at opposition in various years. The yellow central dot is the Sun. The blue dots are the Earth, and the red dots are Mars. Distances are to scale, but sizes of the Sun and the planets are not.

Click here for a smaller version of the picture 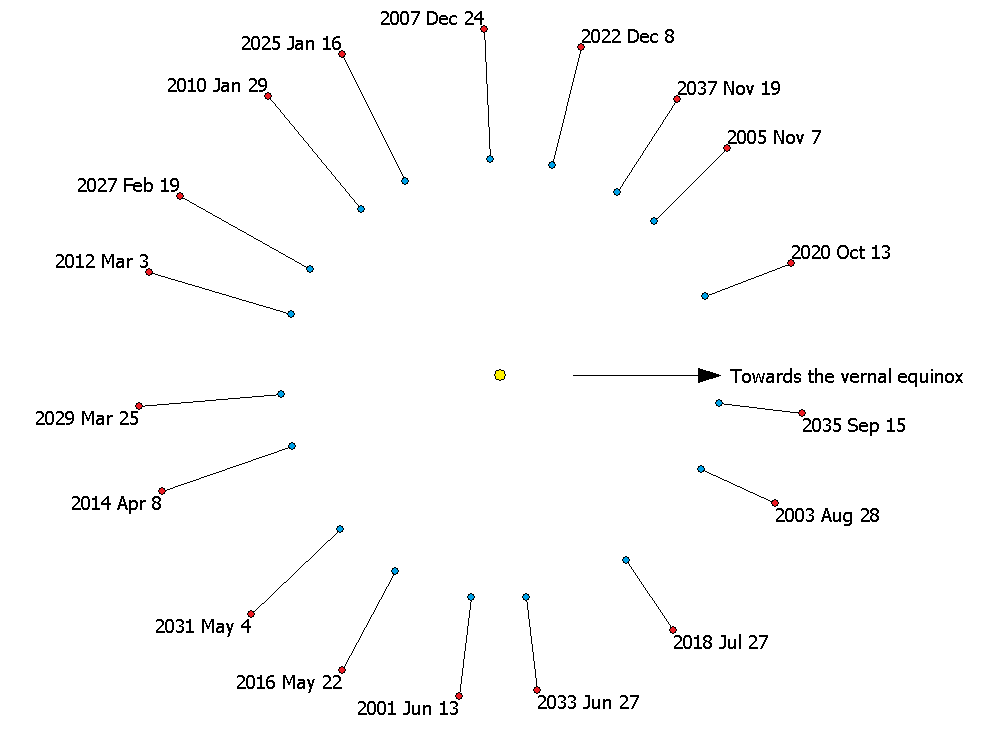 Distances are rounded to the nearest 1 000 km. The calculations are approximate.

Idea for the diagram